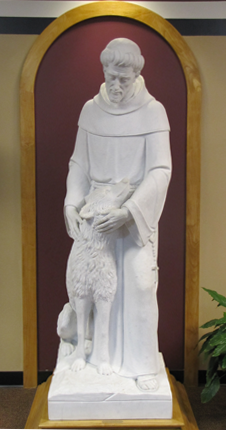 Mr. and Mrs. Stanley Smith founded the institution as The Auburndale School System in 1966. Their focus was to develop an academic environment where children with all levels of learning ability could be educated on the same campus. Mr. and Mrs. Smith sold The Auburndale School to the Catholic Diocese of Memphis in 1988. St. Benedict at Auburndale opened its doors as a new diocesan school in the fall of 1988.
The Diocese of Memphis announced in the spring of 2000 that St. Francis of Assisi Parish would assume governance of St. Benedict at Auburndale elementary school, grades Jr.K through 8, effective with the 2004-2005 school year. St. Francis of Assisi Catholic School opened its doors as a parish school in the fall of 2004.
SFA currently enrolls over 450 students from 2 years old to 8th grade. With over sixty faculty and staff, we strive to promote traditional Catholic values and academic excellence for all of our students.